A discernible hush has settled on the estate since my last visit.

The expected hustle and bustle had cleared for the present to accommodate the photographer taking pictures for the DPVA ShowHouse and Gardens Program Book. A sneak peek around the house and behind a few closed doors revealed spaces waiting patiently for their fixtures. Darkened rooms accompanied by white dust covers draped teasingly over the fine upholstery arouse feelings of anticipation to see it all come together! A few more touches here and there, a light fixture to hang, towels to add and High Acres will proudly receive its guests for tour. You do not, I repeat, do not want to miss this one!  It is the grandest and best showhouse that the DPVA has sponsored and they have been producing show stopping show homes and gardens for quite some time… 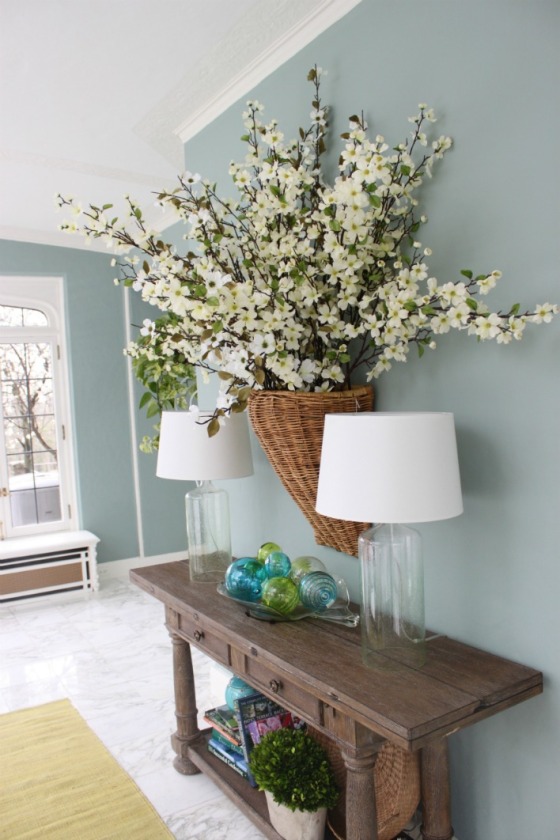 It’s located in the lovely area of Oakwood and here’s a little background info on both Oakwood and the beginnings of Rikes Department Stores.

Oakwood was officially incorporated in 1908. It was initially farmland, but after a disastrous flood that destroyed most of downtown Dayton, the property of Oakwood was largely advertized for real estate investment. Growth took place rapidly and by 1930, the population of the village topped 6,000. In 1908, Oakwood was incorporated as a city. Orville Wright was one of the city’s early inhabitants, and his home, Hawthorn Hill, is still present.

In 1868 “Incorporated as D.L. Rike & Company with R.I. Cummin and Samuel E. Kumler, Mr. Rike’s brother-in-law, as partners.” In 1870 “Rike’s began to expand, opening a “suburban” store at 235 Fifth Street under the name of Rike, Hassler & Company.” In 1977 Rike, Hassler & Co. moved to new, larger quarters at 417-419 E. Fifth where it continued in business into 1894 (the year after the parent firm opened its new store.)” In 1893 Rikes opened a new building at Fourth and Main Streets. The building was designed after the Exposition Building at the 1893 Chicago World’s Fair.

By 1912 Rikes had moved to Second and Main. 1913 saw the Flood of Dayton ruin the main floor and basement. In 1915 an addition for men’s wear was added. 1918 saw Rike’s join eight other independent stores to form the Associated Merchandising Corporation.

In 1938 an eight floor was added. The addition included air-conditioning and four elevators. 1950 saw the formation of the Rike’s 20 Year club. The Rikes parking garage was opened in 1959. During this time Rike’s became a Division of the Federated Department Stores. Rikes opened up branches in 1963 and 64 in Salem and Kettering. (Information from Box 6 File 1 125th Anniversary)

After the death of D.L. Rike, his son, Frederick, became the company’s president. The business continued to thrive and expansion again became necessary. Rike’s continued to grow and David Rike, Frederick’s son, eventually took over as president of the firm.

Rike’s celebrated its 100th anniversary in 1953 and 125th in 1978. In 1982 the company merged with Cincinnati’s Shillito’s Department Store and became Shillito-Rikes. In 1986 that corporation became Lazarus.

In 1999 the Rikes Building was destroyed to make way for development. Today a performance arts center stands where the Rikes building was located.

That’s all for now, see you soon with more pics! Thank you for stopping by Chatti Patti Talks Design!

The Dayton Philharmonic Volunteer Association, (#DPVA) a non-profit volunteer association is sponsoring an incredible Designer ShowHouse and Gardens to raise funds to provide musical programs, instruments and education for children throughout the Dayton and Central Ohio areas. To be quite honest, I am very impressed with all that they do!

Since 1934, the Dayton Philharmonic has provided an introduction to the wonders of classical music through its man­y Education Programs and serves over 50,000 kids in twelve counties. Last year, members of the orchestra, youth orchestras, and volunteer organization participated in 1,­224 engagements and partnered with 249 schools!

“The DPO Education Department provides a comprehensive array of programs, series, and concerts that address differing grade levels, learning styles, and teacher requirements.
Some concerts feature the DPO; others feature our student orchestras. The highly acclaimed SPARK Program (School Partners with Artists Reaching Kids) brings in-depth, cross-curricular programs to eight partner schools. Overall education activities include In-School, Field Trip, and Extra-Curricular Programs.
Created in 1952 with an ongoing mission to support the Dayton Philharmonic Orchestra in the areas of education, promotion, fund raising and membership development, the DPVA is the largest music education program in the United States and The Dayton Philharmonic Volunteer Association’s Young People’s Concert Previews were named a Gold Award winner by the League of American Orchestras. ” ~ DPVA

This year the DPVA will produce yet another fabulous Designer Show House and Gardens which promises to be the best in it’s history.  The 18,000 square foot Rike Estate in the beautiful Oakwood area of Dayton, Ohio will be the location for transformation.  Opening in late April to the public, the ShowHouse tours run through May 18th, 2013. For more information on tickets and events, please visit here.

Here is a photograph of the Rike Estate taken recently BEFORE work begins to restore almost 12 acres of gardens.

The 18,000 square foot “Rike Estate” will be transformed by 43 designers from the Dayton and Cincinnati, Ohio areas for the 2013 DPVA ShowHouse and Gardens.

As a new member of the Dayton Philharmonic Volunteer Association, I am privileged to be part of this year’s wonderful ShowHouse. I have been assigned two bathrooms in the home of which I am excited, however  thought it more fun to share the main Living Room with you which will be done by one of the other designers working on the showhouse, Jon Blunt. Jon has been involved in the showhouse for many years. Plus, more fun creating the virtual design for the Living Room on Olioboard! Olioboard is a great company who cares about getting the word out about Charity Causes.

This fabulous home was built in 1927 and is 18,000 square feet of quality construction and finishes of a bygone era! With 43 Interior Designers decorating or renovating 30 rooms and nearly 12 acres of the “High Acres” Gardens, this is a show stopping Charity Show House sure to please!

The above picture is the Living Room at the Rike Estate as it was before work began for the ShowHouse.  This room will be designed by Jon Blunt of Luken Interiors in Dayton, Ohio. Since the rooms that I am designing are two bathrooms, I thought it would be more fun to design an Olioboard on a more prominent space. Jon was kind enough to share his photo with me and present to you a virtual design which is by the way, not his  design plan (you’ll have to buy a ticket and come in person to see that!) but a fun interpretation and update of the space by Patti Johnson Interiors using Olioboard.

A virtual interpretation by Patti Johnson Interiors. The actual design and decoration of this particular space will be done by Jon Blunt of Luken Interiors. Come visit when the ShowHouse opens in April to see what Jon creates.

Click Here to view on Olioboard along with some other boards I have created with this tool. You can visit the links below to see more of what Olioboard is about.

Below I have listed the links for nine other designers and bloggers who are currently involved in a Charity Cause of their own and blogging about it in this “#OlioHop”. They are lending their expertise, time and resources to their community or a cause close to their heart. So, “hop” on over to each of these blogs to see how the  different projects in different parts of the country and even outside the country.

By visiting these other blog post, you will be able to see more examples of how to use Olioboard’s free site to showcase in either 2D and 3D, or what your own #CharityCauses might need from potential donors. 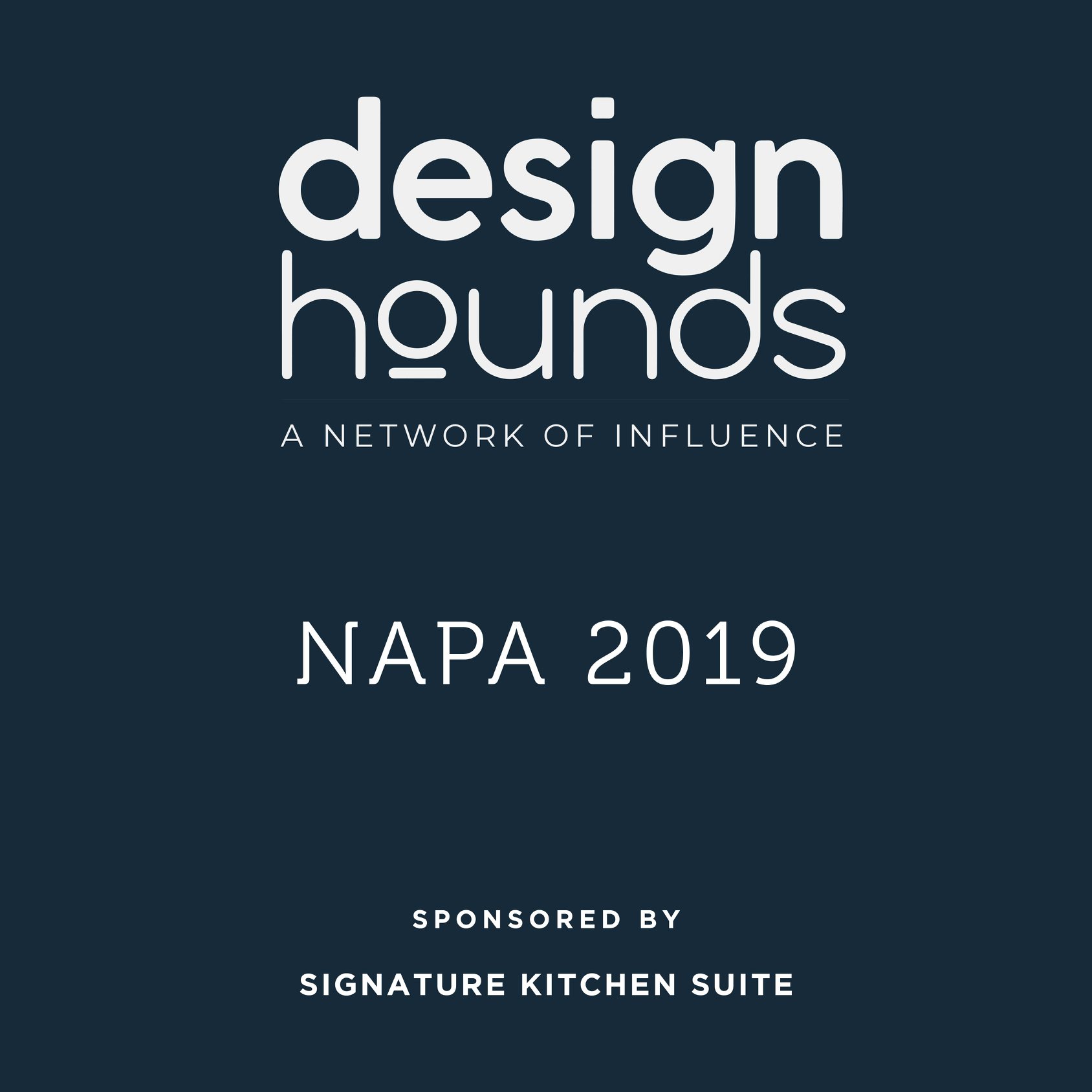 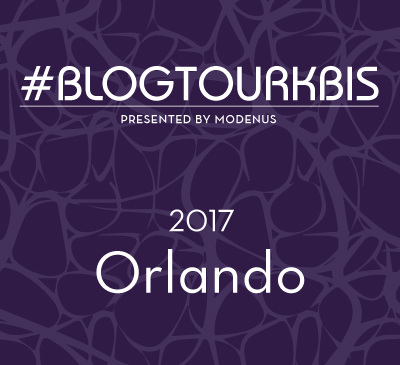 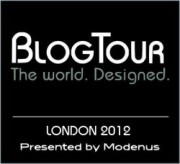